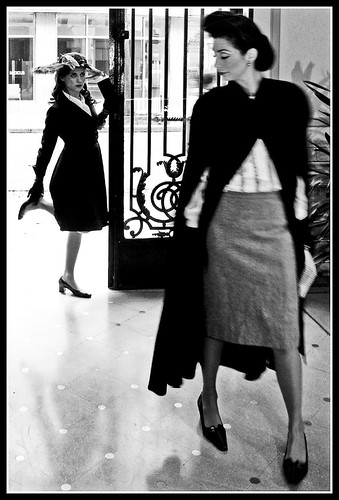 I had no clue who Katie Hopkins was until I heard about her story on Today. Long story short, she’s a british journalist/ reality TV person, known for her brash, abrasive personality and often controversial public comments. In 2014, in an effort to prove that anybody could lose weight and that fat people were indeed all universally lazy and excuse-generating machines, she made a show about gaining half her body weight and then losing it. You can read some articles about her “experiment” on the Today website, and the Telegraph. However, with post titles such as “I won’t employ a fat person.”, and “How to avoid hideous mums.” I think posting her personal website would be a waste of your internet reading time, so I won’t. There’s been a lot of debate over her comments, many of which are blatantly inflammatory to, well everyone (for the record she apparently also doesn’t like kids names Tyler). Her stance on the weighty is summarized by comments such as  “All fat people want is an excuse,” and “My show is not pointless – it proves there are no excuses for obesity. It’s simple maths.”

Many lupus patients have weight problems in both directions. Some can’t keep a healthy amount of weight on and many find weight hard to shift due to pain issues and steroid medication. According to Katie, however, even health problems are just a cheap excuse. I’m sure at some everyone’s heard something similar on their lupus journey. “You should eat healthier”, “You’d feel better if you just exercised more” or “Have you tried eating ____?” are just a few of the tidbits of advice that lupus patients get bombarded with from every single person they seem to meet. There’s something about lupus in particular (but all chronic illnesses) that magically turns your mothers, friends and taxi drivers into doctors, ready to shove advice down your throat. When you add shock-jocks like Katie to the mix, publicizing on television that any fat person who claims to be happy must be in denial, even the most experienced lupus veteran can start thinking “Am I doing something wrong?”.

However, they’re partly right. Let me repeat: partly. Completely writing these people off is also a bad move. As annoying as they are, we can all gain something from them. Try the suggestions below to remove some of the sting and pull out the nugget of wisdom.

People are going to be stupid and it’s best to just accept that now. People are going to try to make you feel guilty and lazy, because they don’t want to act themselves. People are going to give you unwanted advice, because they want to feel helpful and smart. People like Katie are going to what they think is powerful, and profound television shows, because being controversial makes them money. People often act in their own self-interest, even when they insist they’re acting in yours. So don’t try to explain yourself, don’t waste your energy trying to prove people wrong or correct them. People like Katie are always going to exist to tell you that you’re wrong. Friends, family and even doctors will tell you that you’re wrong. Usually, it’s more for their own reasons, instead of you.

Reading Katie’s comments, especially because I have my own weight problems, made me so furious that I fairly sat up squawking on my couch with indignation. Who the hell was this lady with a nose you could ski off of, basically saying that the fractures in my feet, the tears in my ligaments, that my pain was just an excuse to be lazy?! I had to step back, and take a breather before I could see the article from another angle. Hopkins often lamented about how ugly and worthless she felt after she had gained an extra 50 pounds. And while part of me goes “no shit she feels that way; she obviously hates all overweight folk and would probably silt her wrists or starve herself if for whatever reason couldn’t lose the weight again” the more rational part of me realized that I sometimes felt bad about my extra pounds as well. Now, I think it’s a shame that her abrasive, nasty attitude overshadows what could have been an empowering and actually helpful message.

Vent, meditate, journal, break dishes…get the initial emotional stuff out of your system so you can look back with a more neutral attitude. It’s this attitude that will help you get something useful from your nay-sayers.

Now I said your flock of advice-giving pests are usually partly right. Once you’re able to breathe and think without feeling choked by anger or drowned with self-loathing and guilt, it’ll be easier to find that small part (if there is one) that is right and can be helpful to you. Nutrition websites like this one by Zoe Harcombe analyze Hopkins’ experiment and sheds a more educated view on it.

What did I finally get from Hopkins? I agree with Hopkins’ assertion that anyone can indeed lose weight – but a method like hers isn’t the smartest, safest or even most effective way of doing it. And while I don’t think physical problems are just a cheap excuse, it made me question whether I was doing enough to work around them, to make them less of an obstacle. And while Hopkins literally had to shovel nothing but junk food into her mouth to gain weight (which I don’t), I figured it wouldn’t hurt to see if I could cut back on my junk intake a little more. But probably the biggest lesson I learned from reading about the Hopkins experiment is that people take the weight game way too seriously and a lot of it is a matter of perspective. To gain 50 pounds, she stopped all exercise or non-essential movement, she ate nothing but super-processed food and even then, it took 2 weeks before she gained any weight, as Zoe points out. Obviously, my body does not work that way. Using Hopkins as a role model is as realistic as using Snow White or The Little Mermaid.

Have you learned anything from your critics? Share with us in the comments!

This site uses Akismet to reduce spam. Learn how your comment data is processed.

How do you sort out the solid health information from the fluff? Med Nexus answers your health questions with published research articles.

Want to stay up-to-date on the latest Lupus research? Sign up to get free access to the journal of Lupus: Science and Medicine, an open-access medical journal on lupus research. Sign up here.

The Iodine website explains medication usage, side effects and more in easy-to-understand language. Check it out now! And try their toolbar plugin to help you decode medical jargon on any site you visit.

A breach-birth baby came flying into the world not only butt first, but folded neatly in half (there’s a great picture of my legs flying up and kicking myself in the head), I’ve had an unfortunate series of medical mishaps ever since. However, the pig-headed stubbornness of my Puerto Rican ancestors was passed down to me in spades and once in my nearly-crippled-with-arthritis teenage years, I made myself a promise. A really big promise.

I was going to have an awesome life. No. Matter. What.